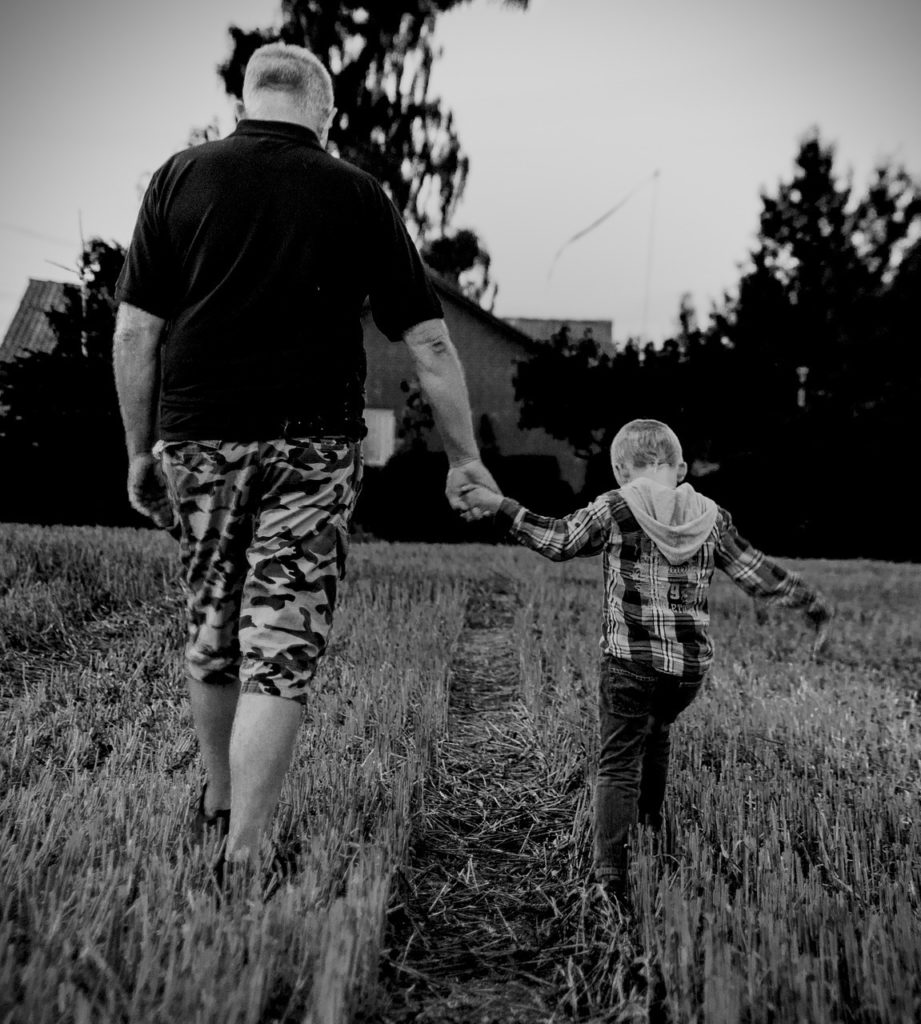 A hot topic in the financial advisory space—or maybe more accurately a sore subject—is the high rate of attrition of heirs when clients die and leave their managed wealth to beneficiaries. We have discussed this topic before, noting that a host of factors are at play including critical features like communication with the family-economic unit, relationship building, and personal differences resulting from a generational divide between the heirs and the advisor. But at the end of the day, if the advisor and/or the firm is able to position itself as a trusted advisor to not only the senior generation but also to the heirs, then the business stands a decent chance of not losing the heir as a client.

A story we came across last month highlights another inter-generational wealth-transfer problem—one with a longer history than fleeing heirs. Data compiled by The Williams Group in a study of more than 3,200 wealthy families reveals that seven out of ten of those families will lose their fortunes during the lives of the second generation, and a full 90% will lose their financial resources during the lives of the third generation. This phenomenon has been ongoing for so long that it has been given a name: “from shirtsleeves to shirtsleeves in three generations.”

The psychology and resulting behaviors of both of these inter-generational wealth-transfer issues are each uniquely fascinating in their own right, but here at DataPoints we’re considering how these cycles are similar, and whether they are possibly related in any way. We first note with some intrigue that the proportion of fleeing heirs has also been estimated to be 90%—is this the same 90% that loses the family fortune by the third generation? We can’t tell from the data, but wouldn’t it be interesting if we knew and the results looked like this: 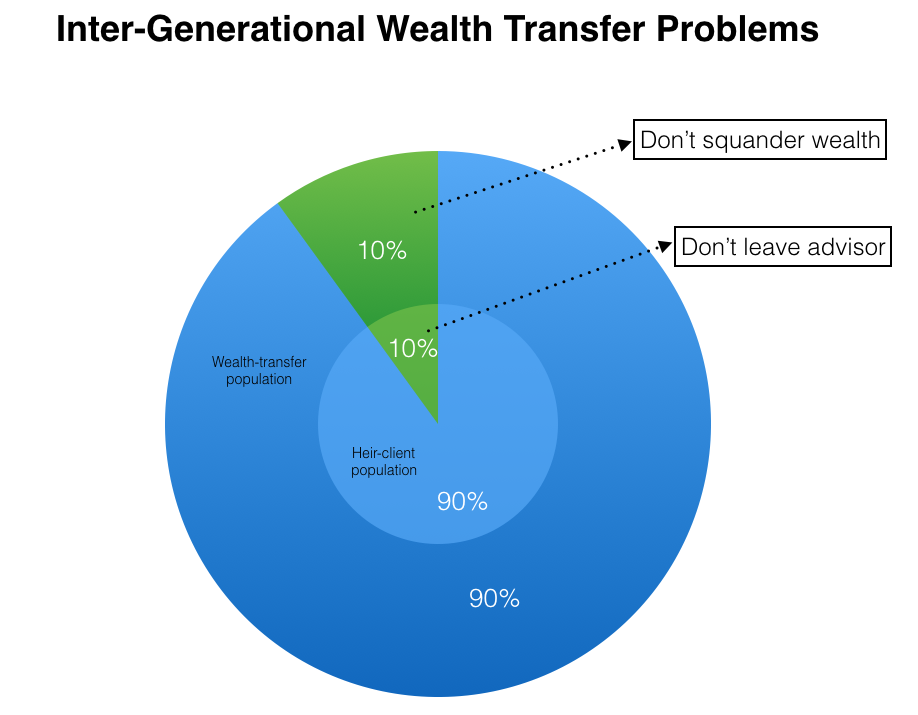 A research study that could document results of anything close to this hypothetical data would be worth many multiples of its cost in marketing and client-retention value! But even if the overlap in the 10-percent populations is not nearly this perfect, we can extrapolate that there must be fairly significant overlap in the two 90-percent populations (those who squander and those that flee) just because of the magnitude of the two probabilities (which occur at 90%).

So let’s talk about what we know. An estimated 90% of heirs leave their benefactor’s financial advisor upon inheritance as a result of relationship issues, a desire to exert dominion and control over the assets, and other factors. And we can reasonably infer under a proportional distribution model that 70% of these fleeing heirs (and 90% of their children) will have nothing left of the inherited wealth by the end of their lives. So the bulk of the fleeing-heir group is not receiving sound financial advice (which includes not receiving any advice, or not listening to advice which could be good or bad).

Even in the absence of data to prove the speculative theory in the diagram above, this state of affairs appears to present a significant opportunity for advisors and firms to retain family clients after inter-generational wealth transfer. It is clear that heirs need to be educated regarding the data supporting the “shirtsleeves to shirtsleeves” phenomenon and the resulting disastrous consequences. The advisor can use this as a centerpiece to build a relationship with the heirs, and to position him/herself as a trusted advisor that is committed to helping the heirs avoid the predictable cycle. The data from these “shirtsleeve” studies proves that heirs typically need financial advice and counsel even more than the prior generations, and the advisor should be able to use this data to (diplomatically of course) impress upon the heirs the compelling need and why there is efficiency and value to staying with the advisor that knows the family, the portfolio, the assets, etc. Done skillfully, the advisor/firm could create a team mentality among the advisor(s) and the family members, with the common goal of seeking to avoid “being a statistic” of inter-generational wealth-transfer loss.

Assessing and Anticipating Behaviors in Heirs

Who is prone to squandering transferred wealth? Behavioral science can help advisors anticipate potential financial issues with heirs and work to build lasting behaviors that will ensure success in maintaining an inheritance. Behavioral assessments can facilitate client (and heir) discussions and highlight strengths and weaknesses related to their approach and decision-making when it comes to finances. Specific to the inter-generational wealth-transfer problems, assessments can be used to identify potential “problem heirs” early enough for effective coaching efforts (or an intervention if necessary). By laying the relationship groundwork early and apprising all interested parties of the common goals, advisors and firms can help their clients (and themselves) avoid being part of the undesirable 90%.